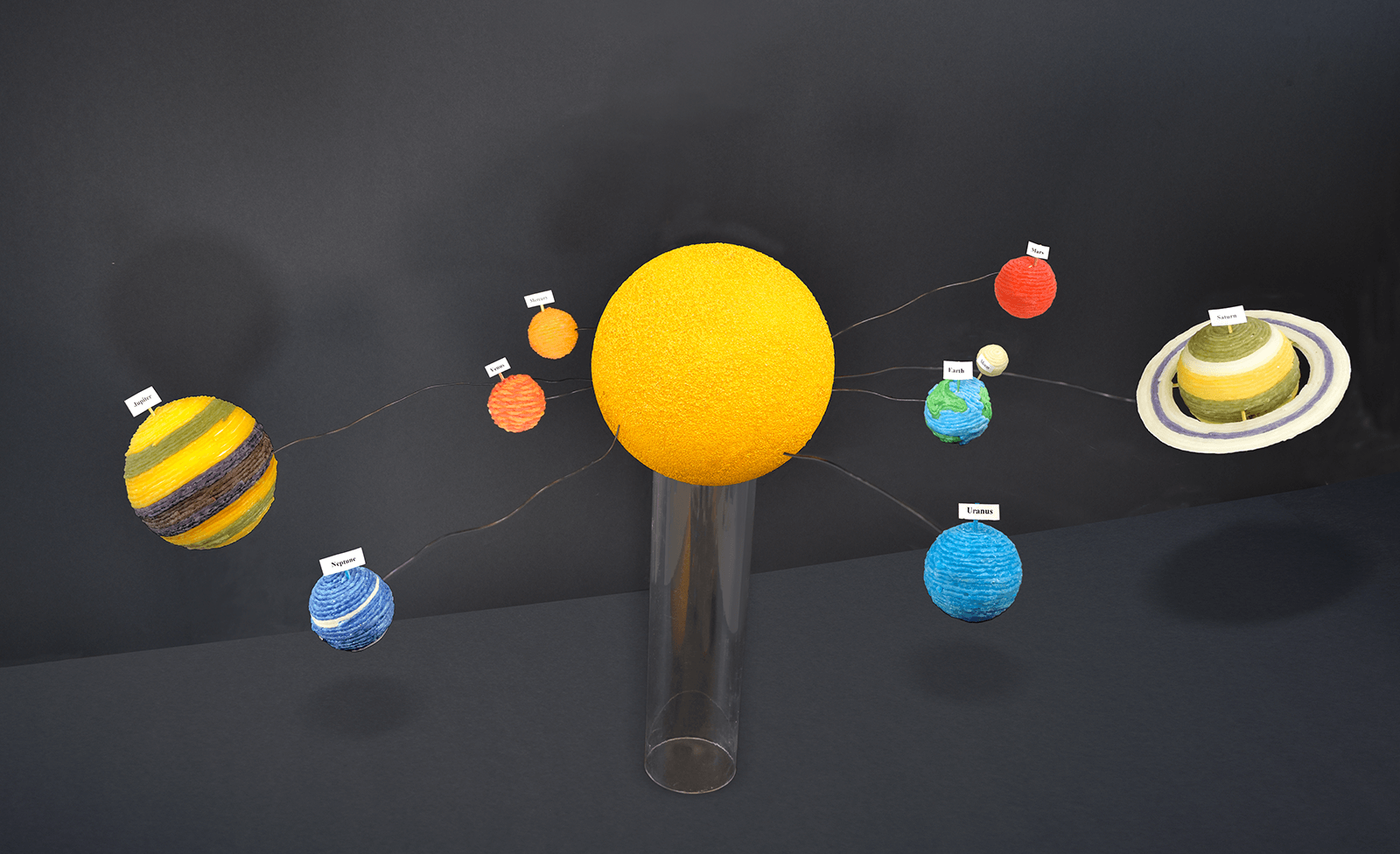 This amazing solar system was made with Styrofoam balls of various sizes…and Wikki Stix!

The sun, a very large Styrofoam ball, was painted bright yellow. Because of its size, and the fact that it will be supporting the individual planets, it is sitting on a tall clear plastic tube.

Each of the planets is a Styrofoam ball, in varying sizes to indicate the relative size differences of the planets. Each is wrapped with Wikki Stix in colors appropriate to those shown in science publications, for each planet. A small sign identifies each planet, and is stuck on a toothpick, which is pressed into the Styrofoam.

In addition to its identifying sign, Earth also has its moon attached… with a toothpick! (The moon is clearly not in proper proportion to the size of Earth, but was made larger so children could see and relate to the moon they see in the sky at night)

The planets are all attached to the sun by a wire ! The wire goes into the Styrofoam planet, and also into the Styrofoam sun…. and is at the appropriate length to demonstrate relative distance from the sun, for that planet. Because of the angle needed for photographing a creation of this size, it may be slightly difficult to tell from the photo that Neptune is the farthest planet from the sun. But the planets are all properly positioned and are in the correct orbital plane.

We are a small, friendly and playful company with the wonderful task of producing a unique and amazing product to delight, inspire and entertain children, while bringing peace, quiet and joy to parents and grandparents!