Wikki Stix Minion Crafts: Putting Cool in Back to School!

Previous Next
Wikki Stix Minion Crafts: Putting Cool in Back to School! 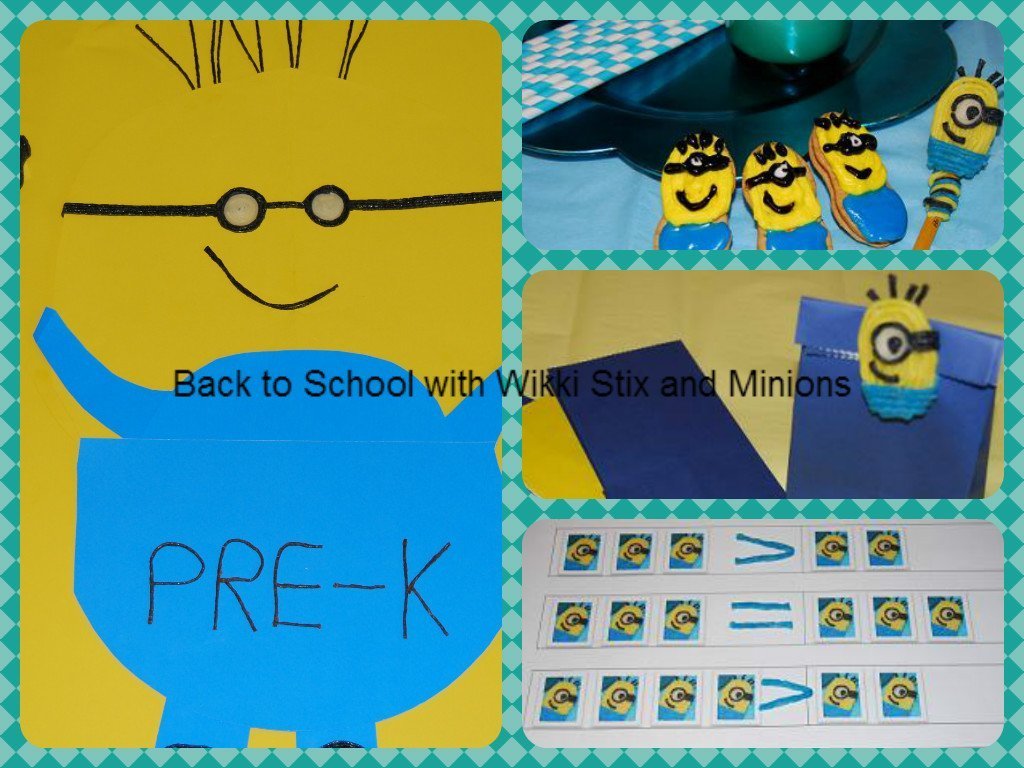 Whether you are a teacher preparing for back to school or a parent whose children will soon be heading back to the classroom, Wikki Stix Minion crafts will help make the 1st day of school memorable for kids! 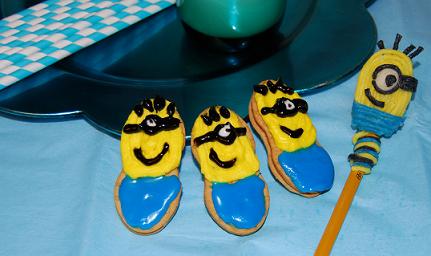 The Wikki Stix created Minion pencil toppers will make the children want to write! It’s a fun and simple craft for the 1st day of school! 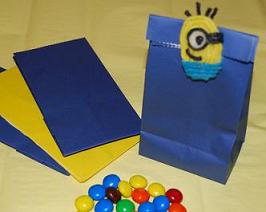 Minion Treat Bag Toppers – Wikki Stix created Minions can also be used to seal treat bags for the children. The Wikki Stix Minions will be played with long after the treats are gone!

Minion Cookies for a school day or afterschool snack: Create Minion Cookies by using store bought oval sandwich cookies frosted with blue and yellow tube icing. The children can use a tube of black frosting/gel to create the Minion’s facial features (see photo above).

Creating a Minion-themed door sign or bulletin board with Wikki Stix is fun. Wikki Stix will add new dimensions to the created characters. Make a simple oval Minion from yellow poster board. The clothing can be made from blue poster board or construction paper. Use Wikki Stix to make the hands, shoes, facial features, and hair for the Minion. The Minion posters are a great way for children and parents to remember the location of a classroom or for a greeting at home after the 1st day of school! 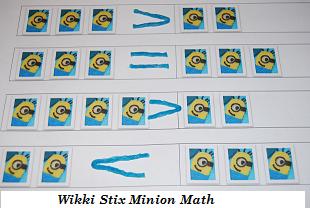 Materials needed: one Minion Math printable (linked above) for each child and Wikki Stix.

More Than/Less Than Song/Chant:
Children are often confused by the MORE THAN/LESS THAN symbols. To help the children remember which way the point should go, say or sing the following chant:
If the point goes left it is LESS THAN…
If the point goes right it is MORE THAN…
Are the groups the same – let’s THINK & COUNT…
That’s what MATH is all about!

With Wikki Stix crafted Minions, it is easy to create special memories and put the “cool” in back to school!