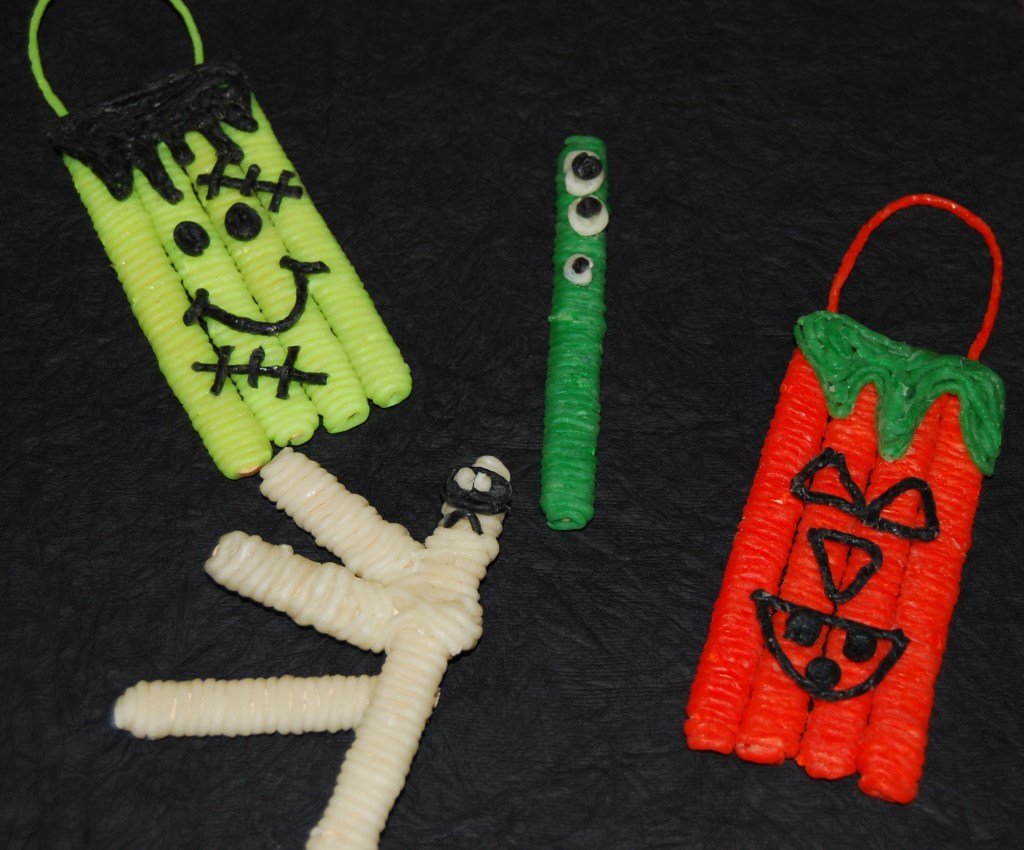 With just a few simple supplies, kids can make fun Wikki Stix Halloween crafts for pretend play, Halloween parties, and displays at home or in the classroom! Gather crafts sticks, Wikki Stix, and scissors to create the mummy, a jack-o-lantern, the 3-eyed monster, and a funny Frankenstein this Halloween! 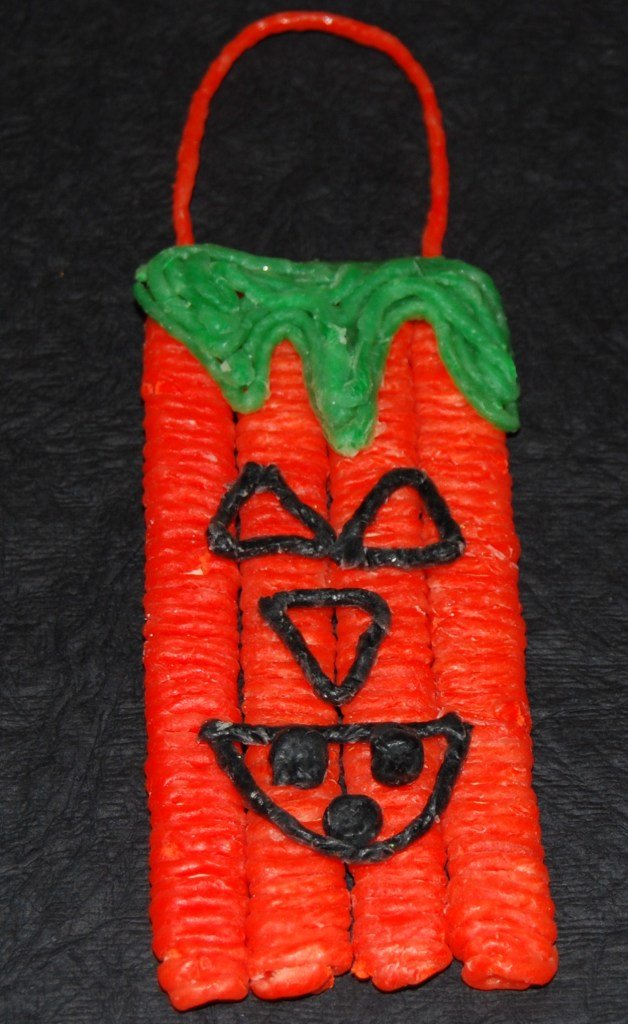 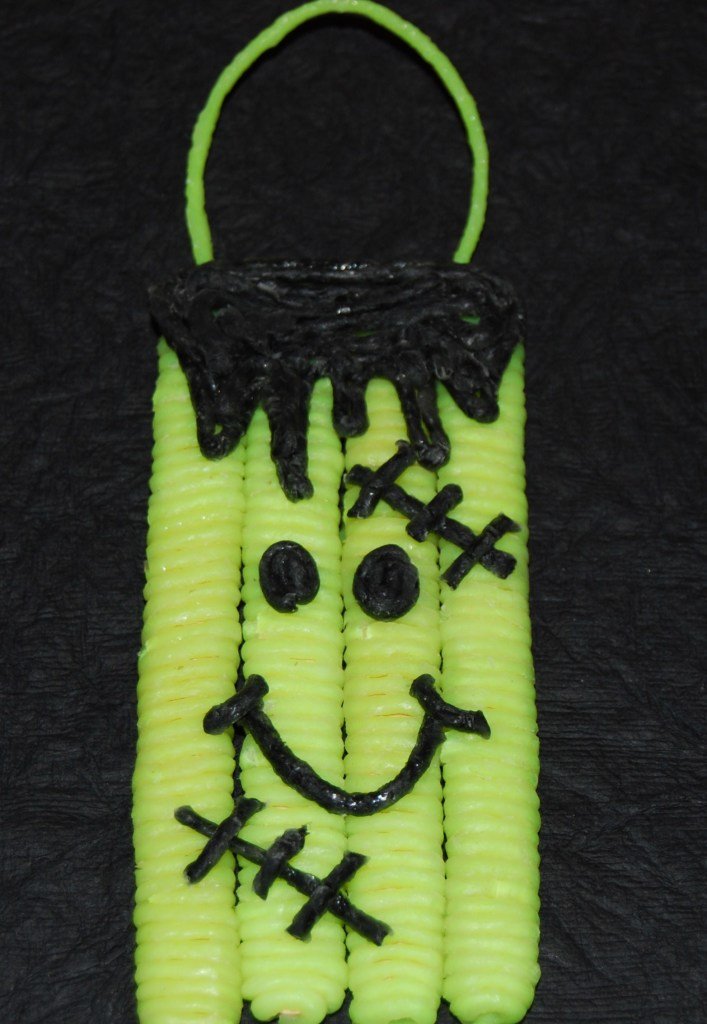 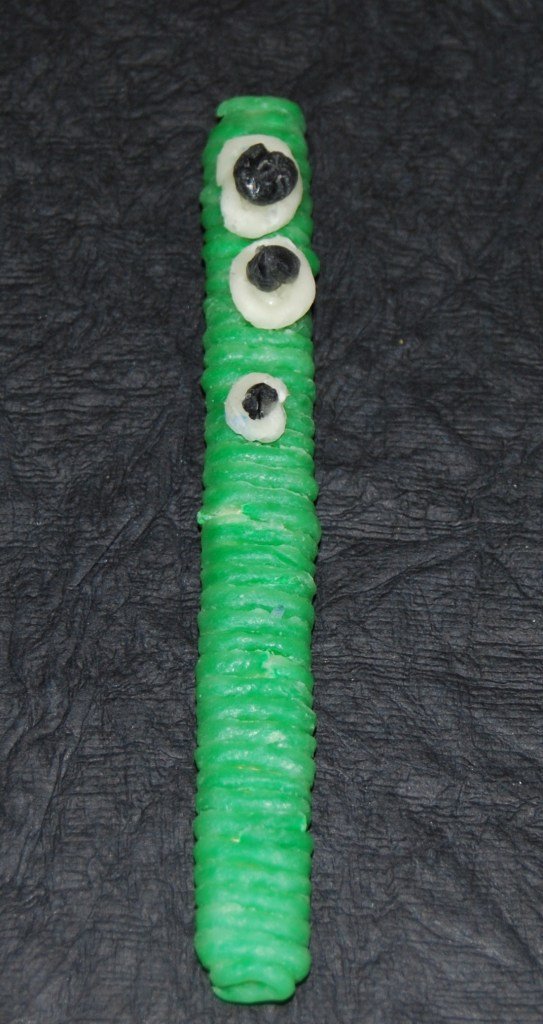 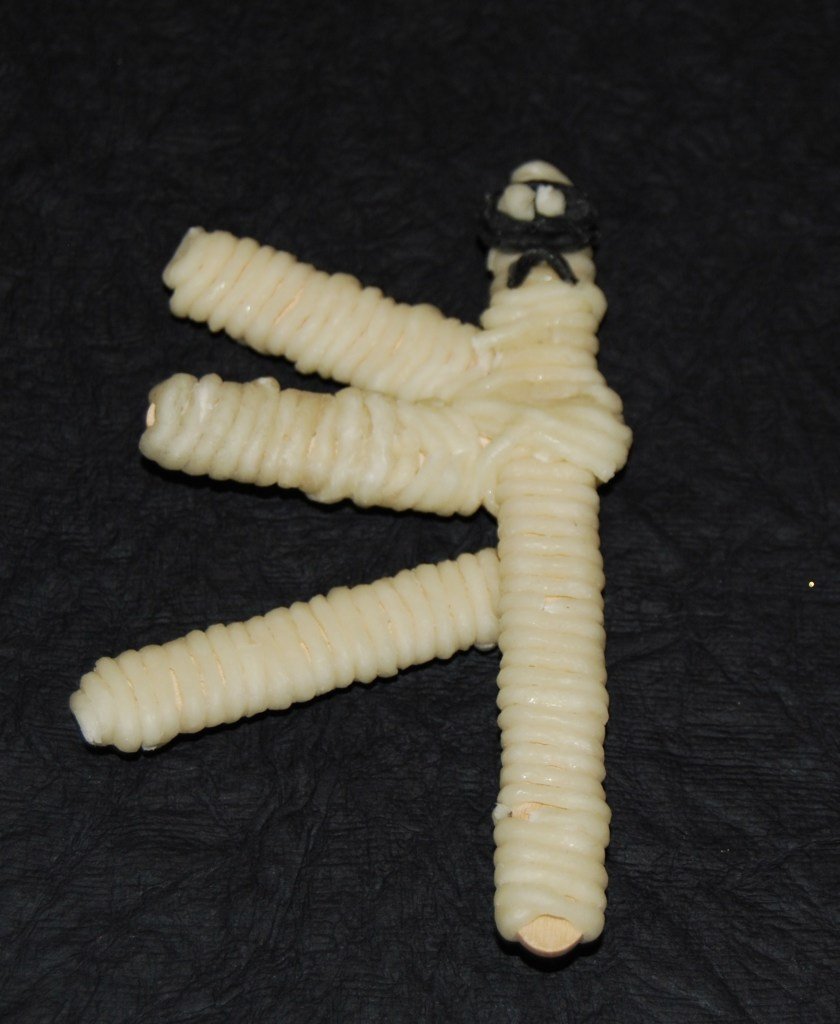 Prior to creating the mummy: break/cut (adult only) ONE of the craft stick in half.

The second leg for the mummy can also be positioned as desired and attached behind the center of the mummy craft. The dark mask for the mummy is created from ¼ strand of black Wikki Stix spiraled around itself to create a small oval. Small white Wikki Stix eyes are then placed on top. Again, the children can create any kind of mouth for their mummies that they desire.
The Wikki Stix Halloween crafts are not only fun to make, but they make great gifts and displays for October, too!