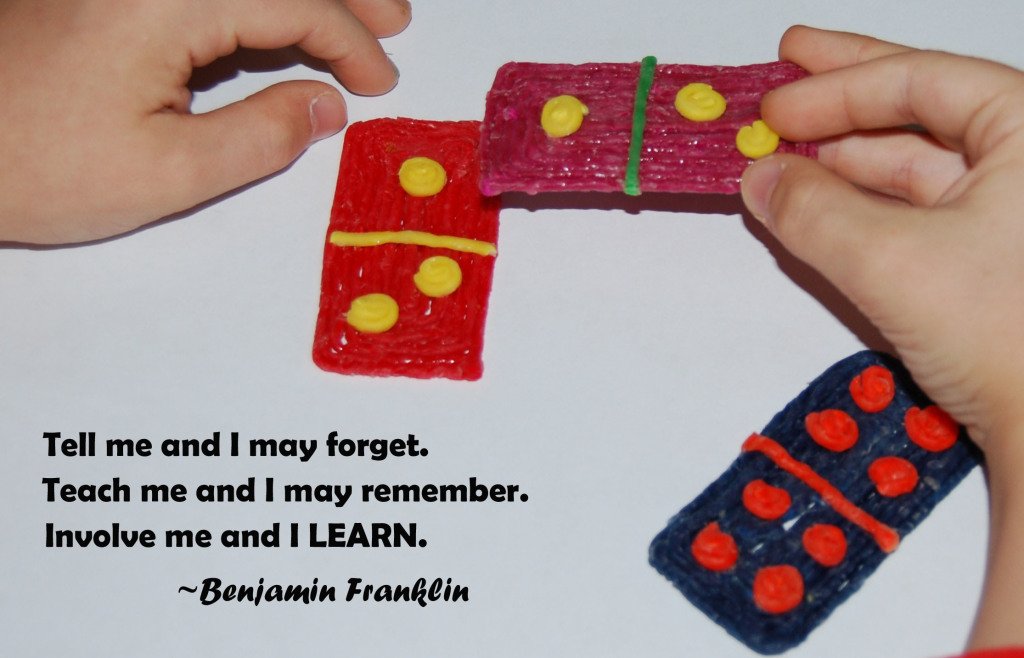 As an old English proverb goes, “Necessity is the Mother of Invention!” While packing classroom supplies at the end of our preschool year, I inadvertently packed our dominoes, too. They will resurface as I unpack for a new school year, but I wanted to use dominoes this summer to expand on the concepts of dot patterns, counting and correspondence, and basic math after reading Donald Crew’s book, Ten Black Dots. Since we use Wikki Stix regularly for playing and learning, we decided to create our own set of dominoes. Not only did our kids gain fine motor skills in creating with Wikki Stix, they were also incorporating many early math skills! 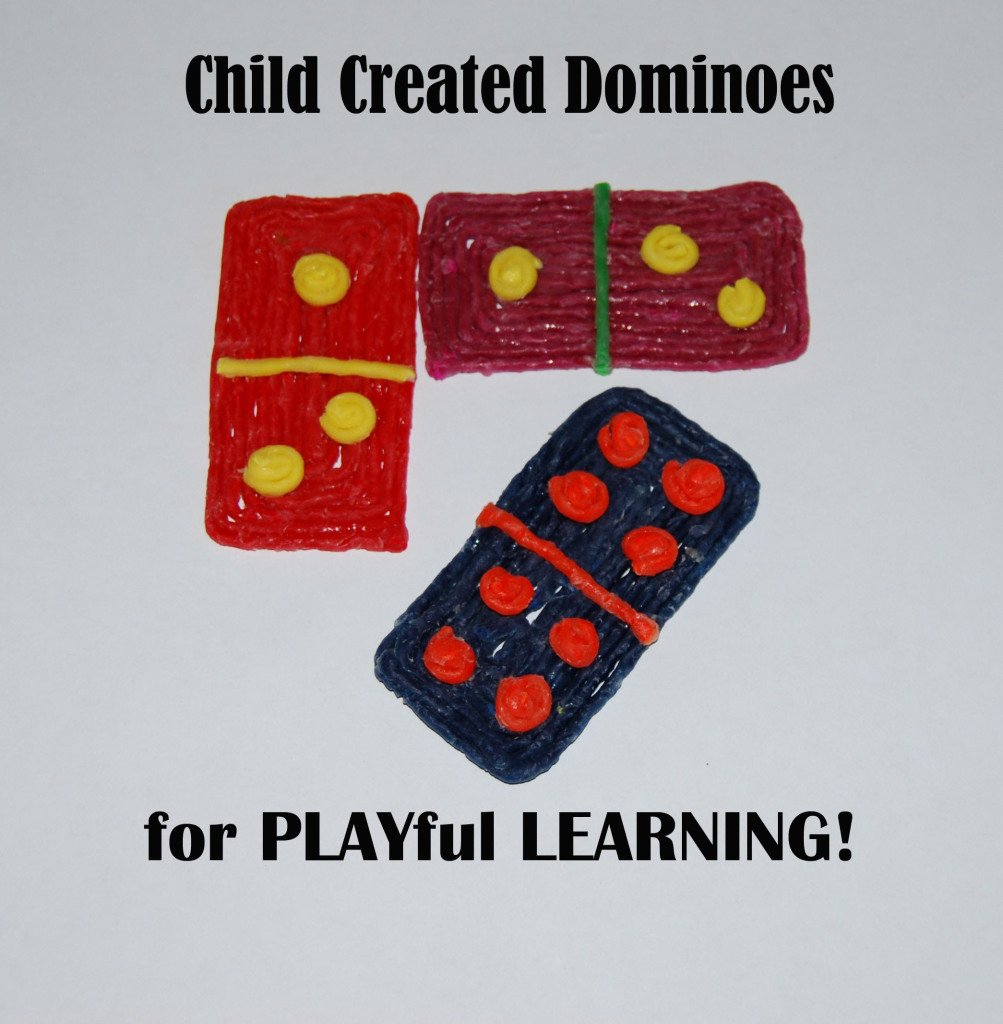 Materials needed: Wikki Stix and scissors.
Invite the children to create by placing the Wikki Stix out on a table or a tray. One regular strand of Wiki Stix is needed to create the basic rectangle for the domino. Younger children may need assistance in creating the basic domino outline. The children can then fill in the rectangle by tracing inside the outline with additional Wikki Stix (see photo below). 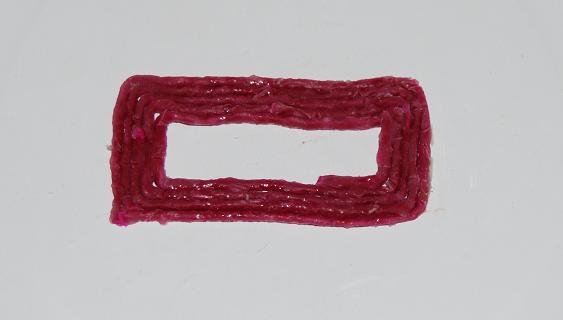 Games to play with the Wikki Stix created Dominoes: 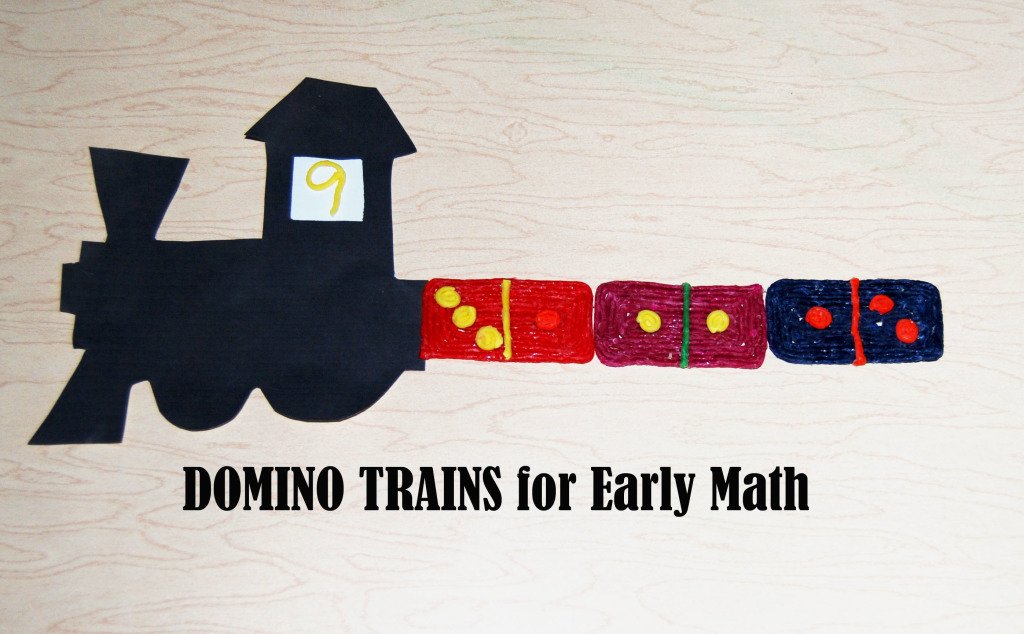 Domino Trains – decide on any one number prior to creating the domino train. Invite the children to place the dominoes in a straight line on the floor until the total number of dots counted is equal to that predetermined number. The number can be any number(s) the children have had introduced. For a math center, have the children make Wikki Stix numerals on index cards. The children must draw one number card at a time and create a domino train that corresponds to that number (can be done individually or in a small group). To print an ENGINE for the domino trains, see the ADDITIONAL RESOURCES section below. 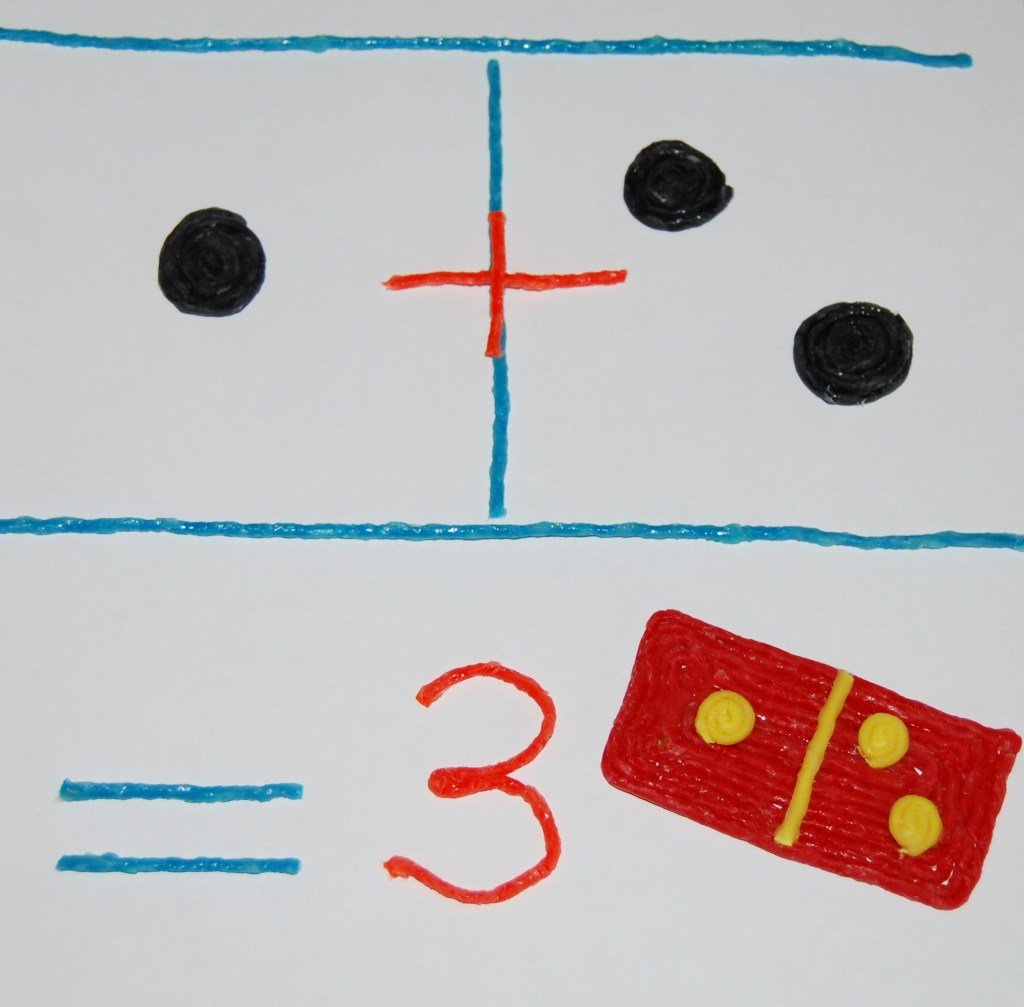 Addition, Subtraction (Multiplication/Division) – to help encourage transferring and basic counting skills, give each child a plain sheet of paper and invite them to create the outline of a domino. Our kids used one strand of Wikki Stix for the top, one strand for the bottom, and one-half a Wikki Stix for the center line of a domino. Pass out one of the Wikki Stix created dominoes (from the activity above) and invite the children to make additional Wikki Stix balls or spirals to recreate the number of dots on the paper. As the children gain skills in creating and counting numbers of dots, they can begin to add the sides of the domino together (see photo above). 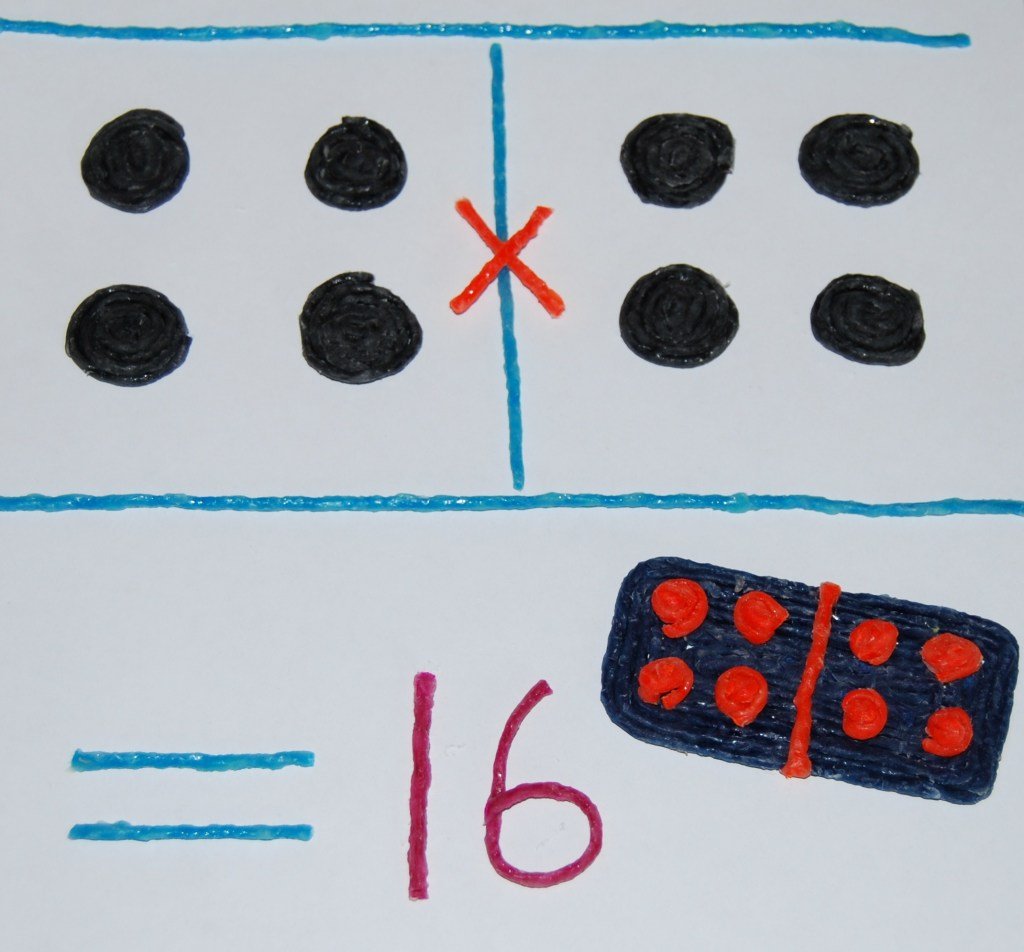 For older children: the children can practice multiplication/division skills with the Wikki Stix created dominoes. For division, the larger number on the domino would be used first (example: 4 /2 = 2). 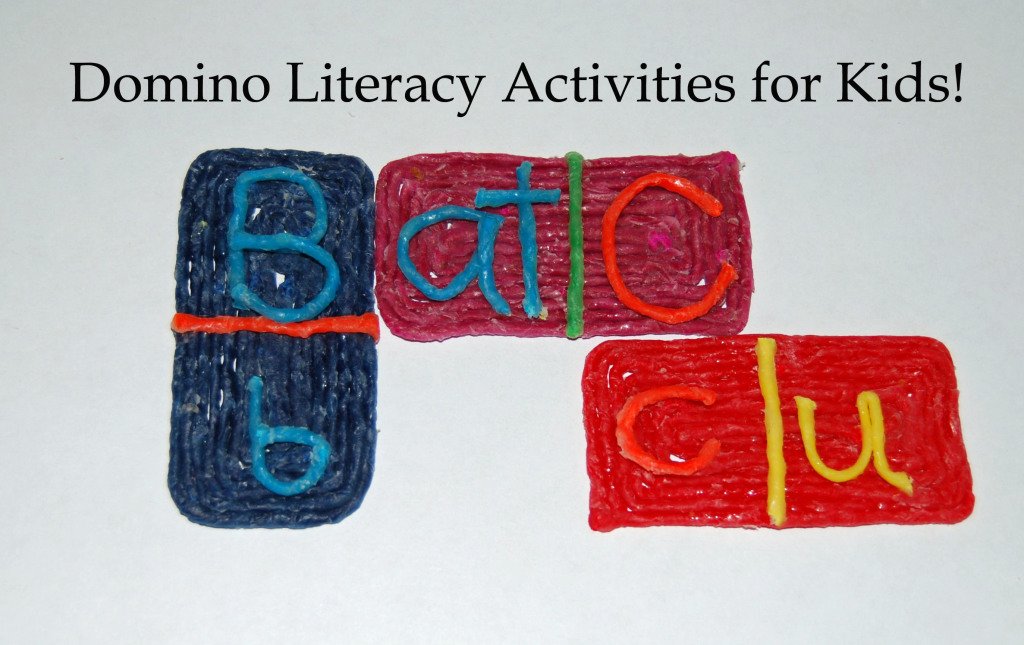 Using Wikki Stix with math is FUN for the kids, but it also allows for the additional tactile layer that enhances learning. Involving our kids in the creating process allowed them to integrate basic math (and literacy) skills as we played with our own crafted domino set!

About the Author:
Darla Hutson is co-founder of The Preschool Toolbox. She has taught children (infant to age 7) at home for the past 30 years. Darla writes primarily at The Preschool Toolbox Blog offering activities and early childhood curriculum for playful learning.