MATH! The word alone often holds a negative connotation even for many adults. When preschoolers are given MANY opportunities to PLAY with numbers and basic math concepts, they will gain confidence and build a foundation for future math skills. For over 25 years, we’ve used Wikki Stix to help guide preschoolers, through playful learning, toward early math intuition. Come play with us and discover how Wikki Stix can be used at home or in the classroom with your own kids! 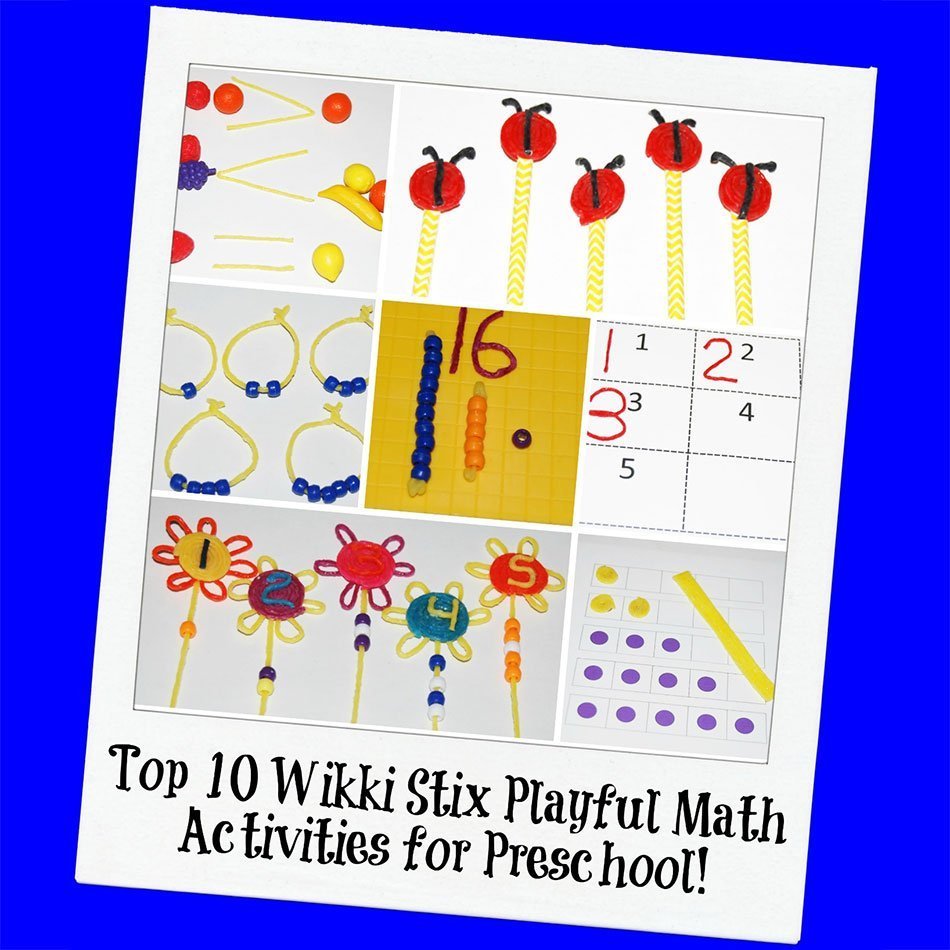 
1. Wikki Stix Counting Sticks: Wikki Stix can be used to create any seasonal counting sticks desired. Invite the children to create a topper craft and simply press a Wikki Stix to the back of the craft. Craft topper suggestions might include: sunshine, flower, heart, ladybug, flag, frog, turkey, or any seasonal item(s) the kids want to create for a fun counting stick. There is no wrong or right way to create with Wikki Stix. The craft toppers will be individual to each child. The counting sticks can be numbered and threaded with pony beads to encourage and practice 1-to-1 correspondence and/or patterning skills. 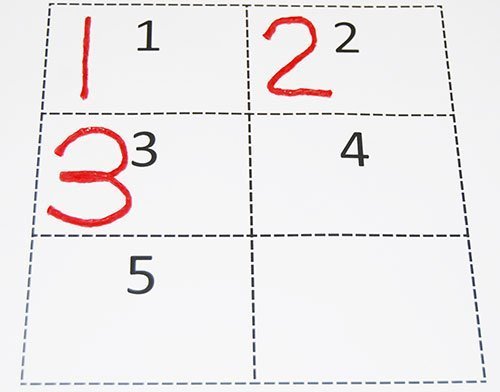 2. Number Recognition and Formation: as the kids gain confidence with simple number recognition, use Wikki Stix to create any number(s) they know or are currently working on. The tactile reinforcement with Wikki Stix provides the extra sensory layer important for early learning. 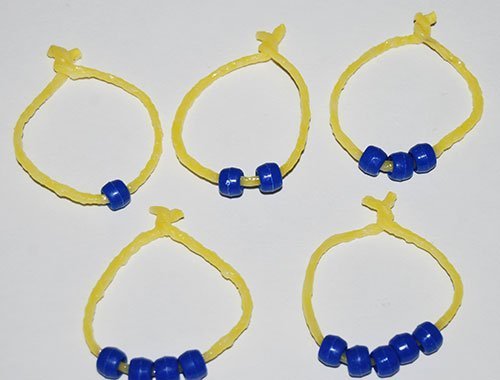 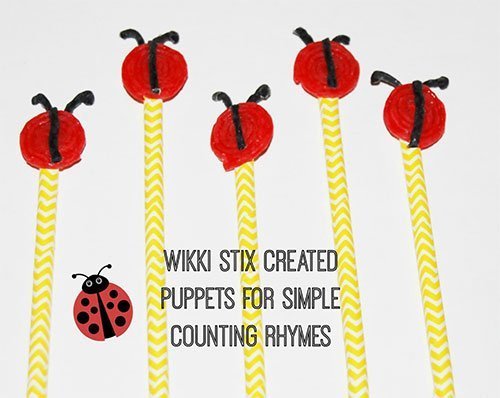 4. Created Counting Stick Puppets: invite the kids to create simple seasonal stick puppets for simple counting rhymes. The use of puppets is a great visual tool when teaching counting rhymes to preschoolers! 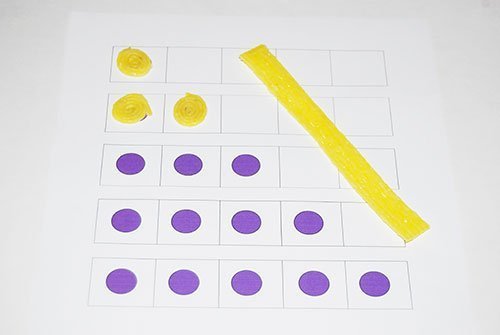 5. Math Counters that STICK: most counters and math manipulatives for preschoolers are usually variations of plastic bingo chips that often slide off or move out of place. Instead of plastic counters, invite the kids to create tight pinwheels from Wikki Stix to use as math counters. Leave a tray out with Wikki Stix for the kids to create counters during centers or downtime. It’s a great way to encourage tiny finger strength and the math counters will STAY IN PLACE with Wikki Stix. 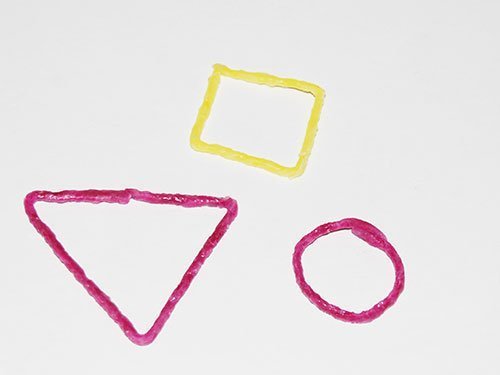 6. Geometric Shape Recognition and Formation: set out a tray with Wikki Stix and invite the kids to practice making any shapes they have had introduced or are currently working on. As the kids gain confidence, Wikki Stix can be used to create geometric solids, too. 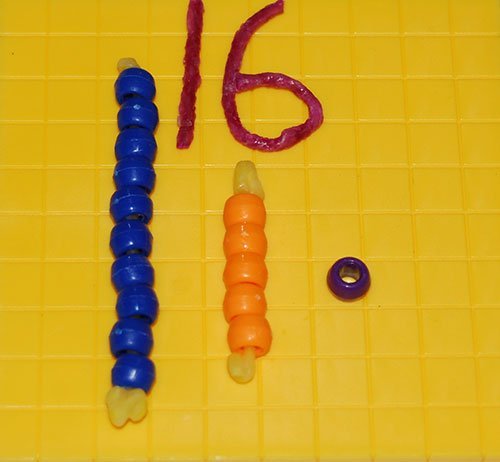 7. Wikki Stix Created 5 and 10 Bars: preschoolers can create counting bars with Wikki Stix. Kids can thread any number of pony beads onto Wikki Stix. Press each end of the Wikki Stix together to keep the beads intact. Kids can use the bars for skip counting by 2’s and 5’s or for a hands-on and visual tool when counting teen (or larger) numbers. 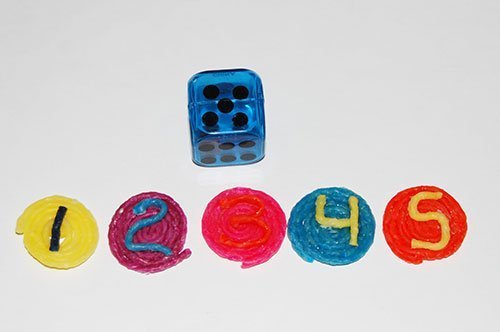 8. Wikki Stix for Math Games: preschoolers can use Wikki Stix created counters for many simple math games: bingo card covers, number order games, dice and “dot” games, roll and cover math games, and for use in any 5 or 10 frame activities. 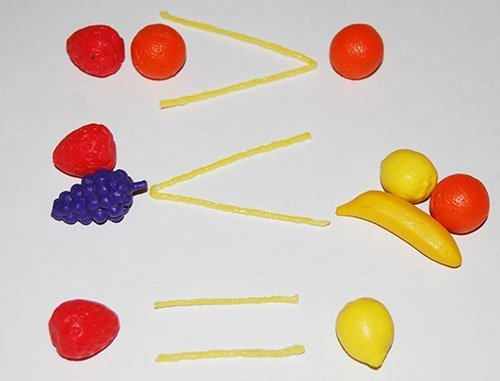 9. Greater Than, Less Than, or Equal To: have the kids create basic math symbols with Wikki Stix after comparing two small groups of items. Wikki Stix can be folded easily to create the greater than and less than signs or laid on top of each other for groups that are equal to each other. It’s a FUN way to play and create while encouraging early math intuition.

10. Part/Part/Whole Math: encourage the kids to play with the parts of a whole number. Begin with smaller numbers until the kids gain confidence. Make a tray with number cards and invite the kids to explore, through play, what numbers might make up that number. You’ll be amazed at what young kids can do simply by making a tray with Wikki Stix counters and numbered cards for exploration.

Playing with early math and Wikki Stix is FUN for preschoolers, but it also provides opportunities for encouraging the fine motor skills and early math intuition necessary for a future of math success! 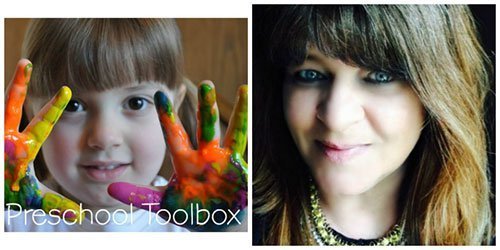 Darla Hutson is an educator, mom of 6, educational blogger, and owner/editor of The Preschool Toolbox Blog.  For more tips and suggestions for preschoolers, please join other parents, childcare providers, and classroom teachers for discussion in a closed FB group, public FB page, Pinterest, Twitter, or via Instagram!