Thanksgiving is a great time to gather with friends, enjoy delicious food, and relax, while giving thanks for blessings.  While teens and adults usually share in meal preparations and planning, kids often feel left out of the holiday process.  Help kids engage in Thanksgiving festivities with Wikki Stix Miniature Pumpkin Turkey Crafts!  The turkey crafts are fun to make, yet simple enough for younger kids to create, too. 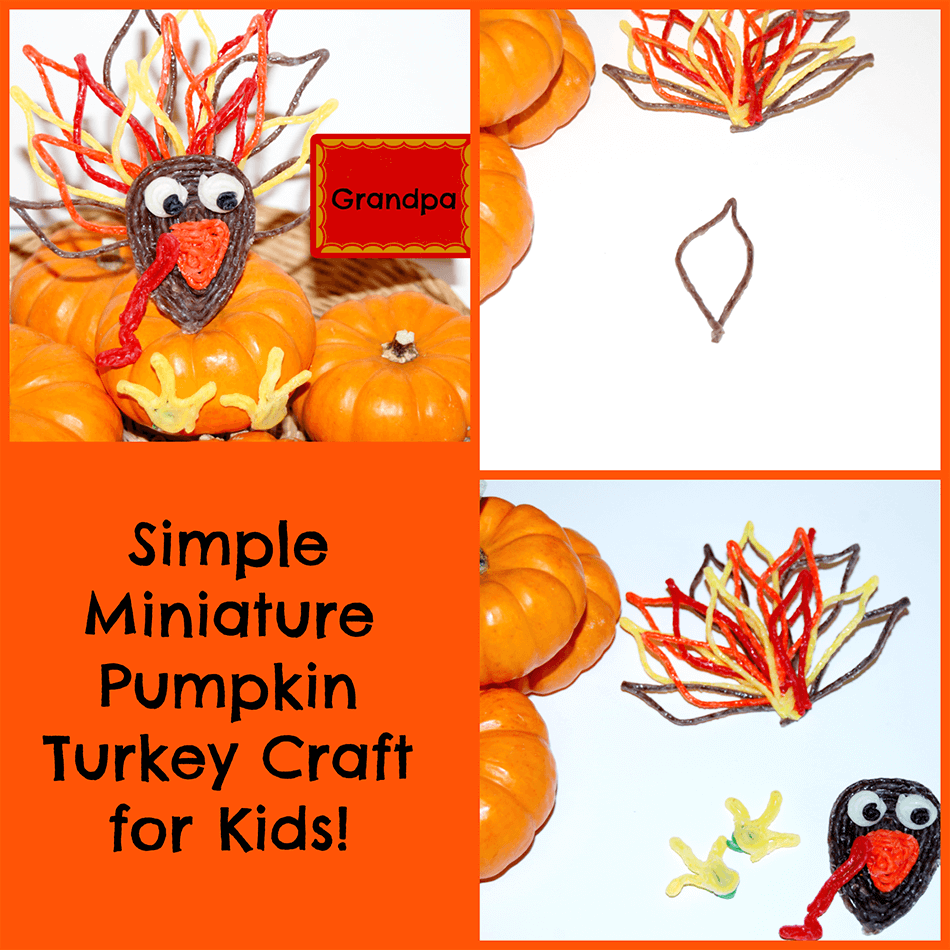 Directions to create the Turkey’s Body and Feet:

Directions to create the Turkey’s Feathers:

For more ways to play and create with Wikki Stix this Thanksgiving, please visit: 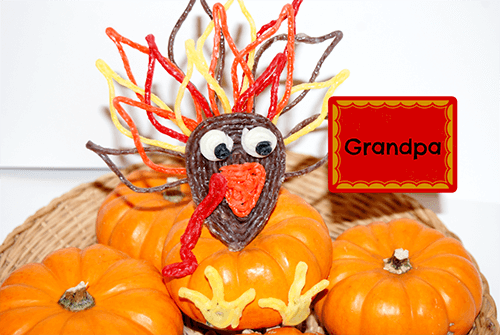 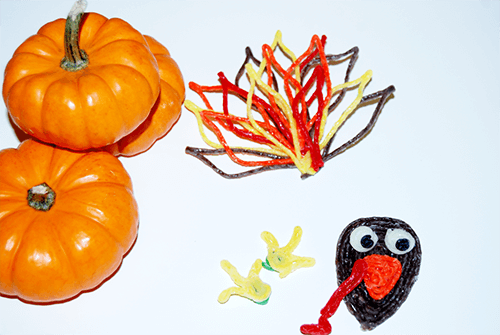 Create the Turkey’s Feathers and Feet. 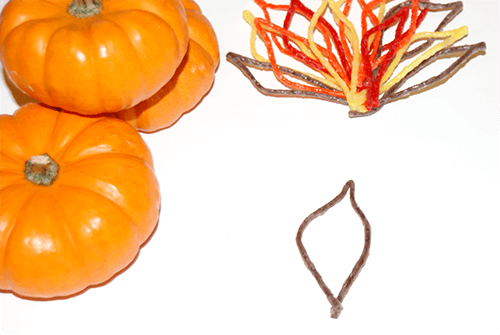 Create as many turkey feathers as desired.