Talk Like a Pirate Day Counting Sticks for Early Math 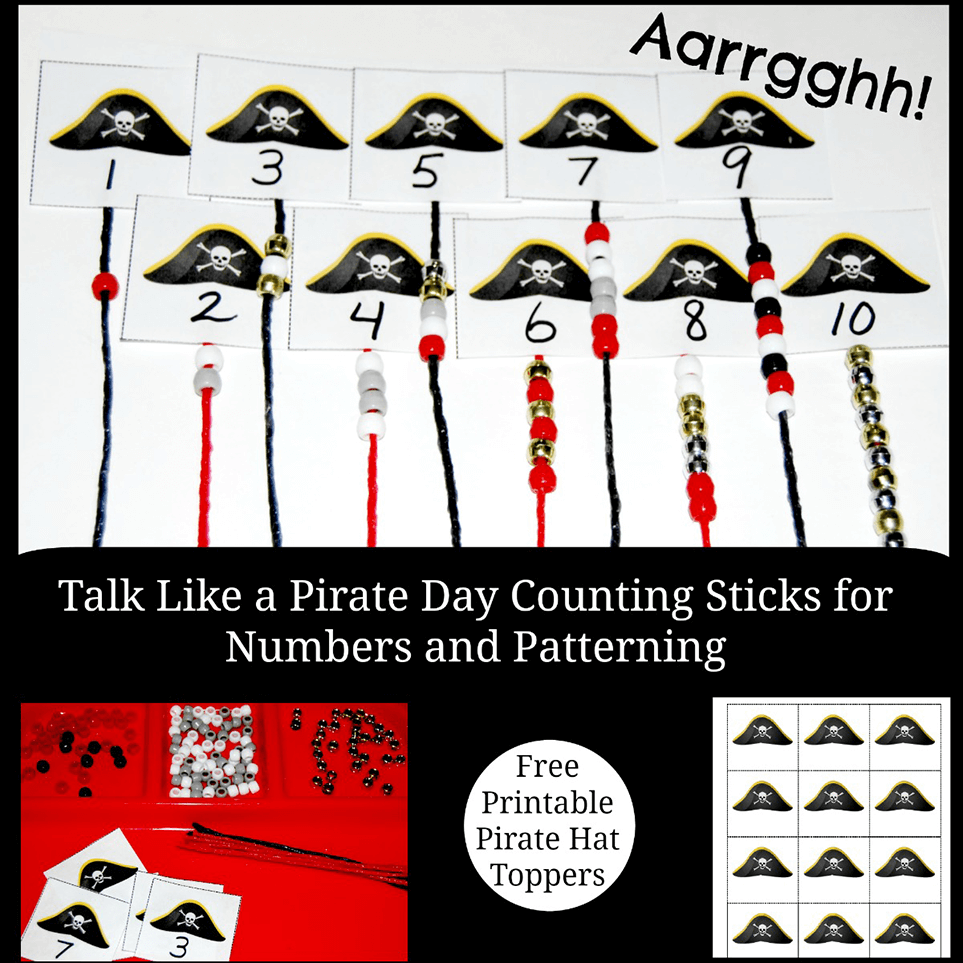 Prior to math games, print the Pirate Hat Toppers linked above and use a permanent marker to label each topper with any numbers your own kids are working on. Create an invitation to play by assembling the Pirate Hat Toppers, assorted pony beads, and Wikki Stix on a tray or a large table. Kids are curious about supplies and will be drawn to create and play when supplies are readily available.

5 Ways to Play with the Wikki Stix Talk Like a Pirate Day Counting Sticks:

1). One-to-One Correspondence – kids can attach one of the labeled Pirate Hats to the top of a Wikki Stix with firm fingertip pressure. Ask the children to place the corresponding number of pony beads on the counting stick. Example: the counting stick label with the numeral 1, gets 1 pony bead. Pony beads fit easily on Wikki Stix and encourage fine motor skills, too. As kids gain confidence, introduce number words by writing the number word on the Pirate Hat Toppers.

Variation: have the kids sort the counting sticks into correct number order starting with a number OTHER than number 1.

5). Patterning – write any basic pattern on the Pirate Hat Toppers (for example: write AB on one of the Pirate Hat Toppers). Kids must then choose two color to alternate on their Wikki Stix Pirate Hat Counting Sticks. Note: the first color of pony bead is the “A” bead; the second color of pony bead is the “B” bead. Kids should keep alternating colors of beads to create the AB pattern on the Pirate Hat Counting Sticks. As kids gain confidence, encourage more complex patterns: ABC, ABCD, AABB, AABBCC, AABBCCDD, etc.

HINT: After printing the Pirate Hat Toppers, laminate for durability, and then use a dry erase marker for labeling the various game suggestions above.

For even more ways to create and play with Wikki Stix, please visit:

Parts of a Leaf Activity with Wikki Stix 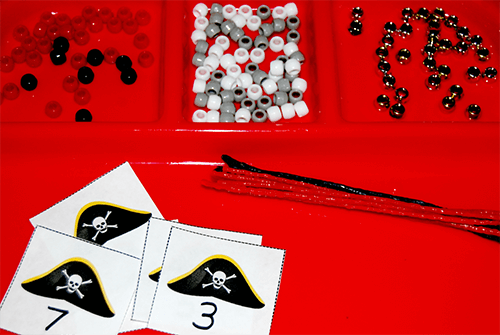 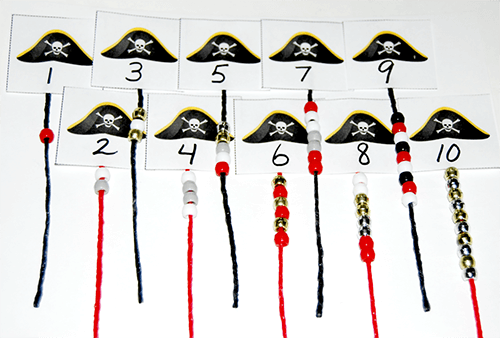