Wikki Stix Santa Crafts for Kids of All Ages!

Previous Next
Wikki Stix Santa Crafts for Kids of All Ages! 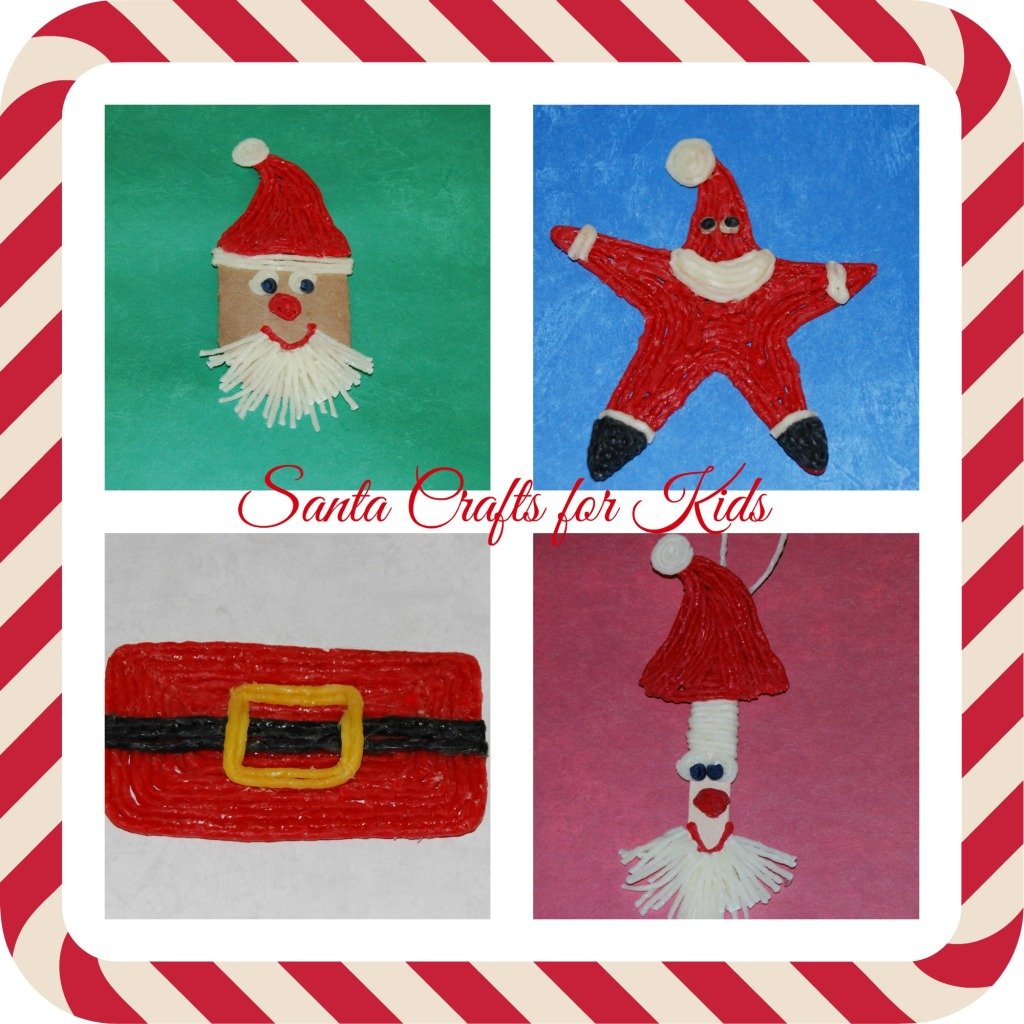 With Wikki Stix, kids can create easy Santa crafts to give as gifts or to keep as ornaments for the Christmas tree. The crafts will provide hours of fine motor playful designing this holiday season! Gather your Wikki Stix and come create with us! 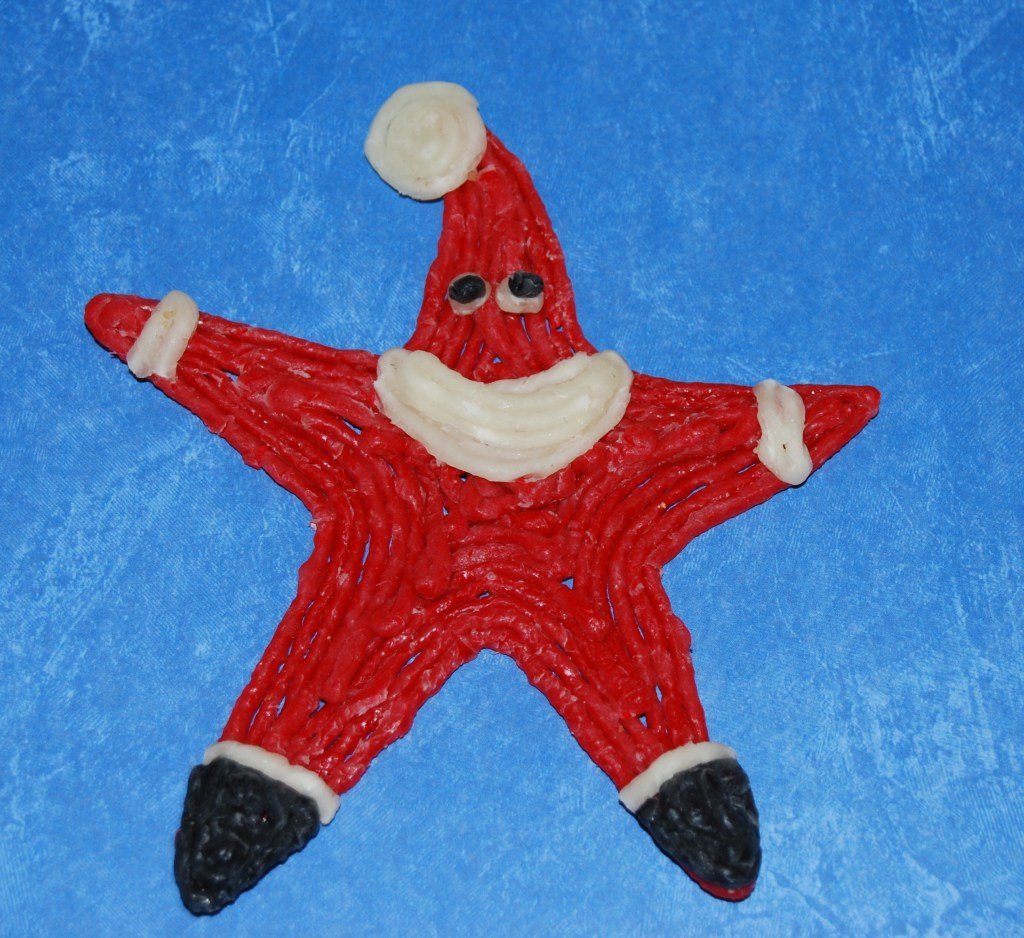 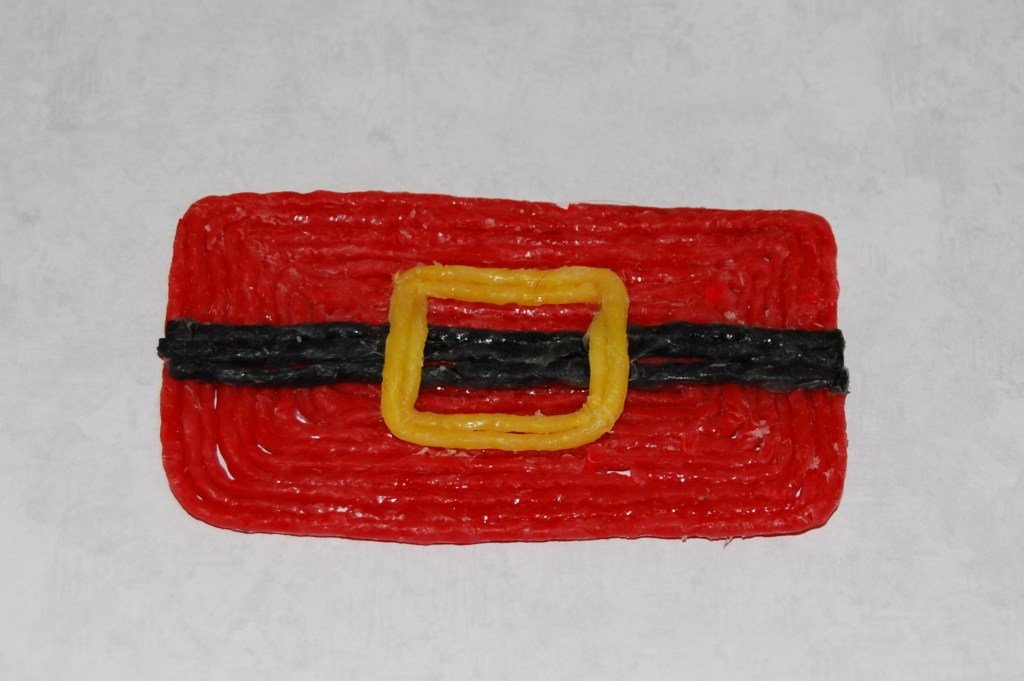 Invite the children to create by placing the template, scissors, and the 3 colors of Wikki Stix out on a table or a large tray. The children should outline the rectangle template in red Wikki Stix (following along the dotted lines). Invite the children to keep tracing the inside of the rectangle with red Wikki Stix until the rectangle is completely filled-in. The black belt is created by laying 3 black Wikki Stix across the red rectangle (cut off any black that remains on the end). Reminder: Wikki Stix can be cut with safety scissors, but younger children may need assistance. The yellow buckle for Santa’s belt is designed from a smaller rectangle made with one yellow Wikki Stix.
This Santa craft is a wonderful fine motor craft to strengthen developing finger muscles in preschoolers! 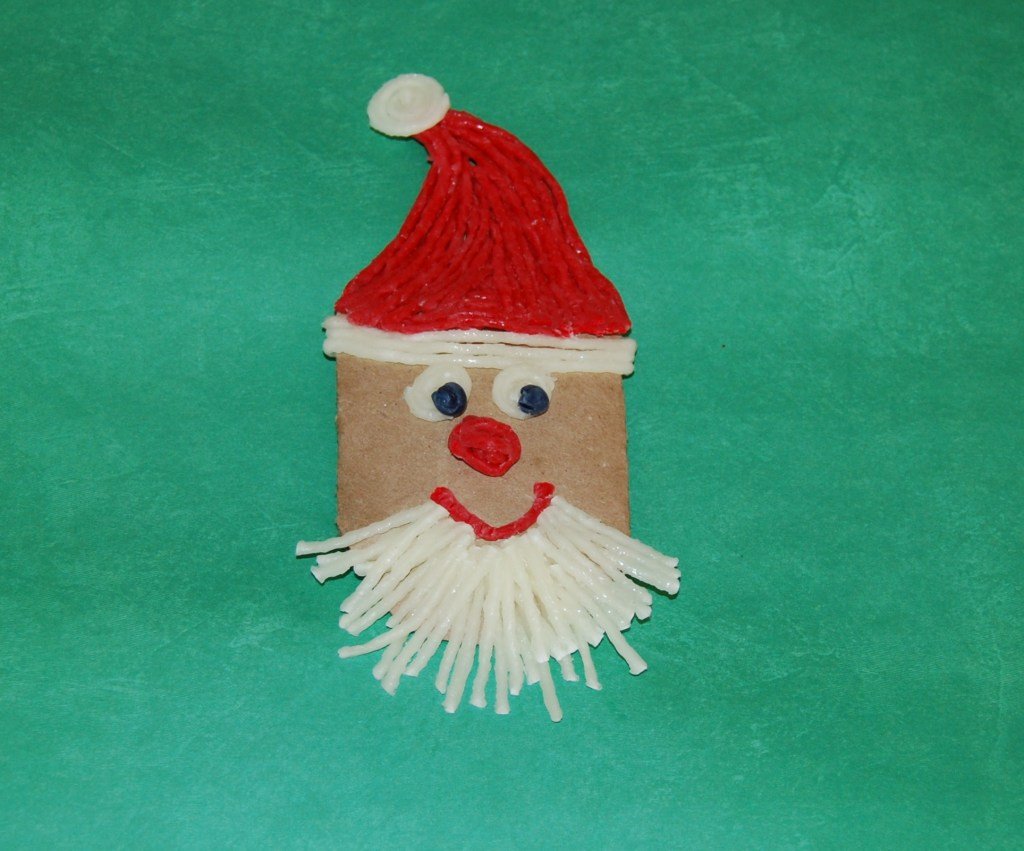 Santa’s beard is created from cut pieces of white Wikki Stix. The children can press white pieces of Wikki Stix around the curved portion of the cardboard tube to resemble Santa’s beard (see photo above). 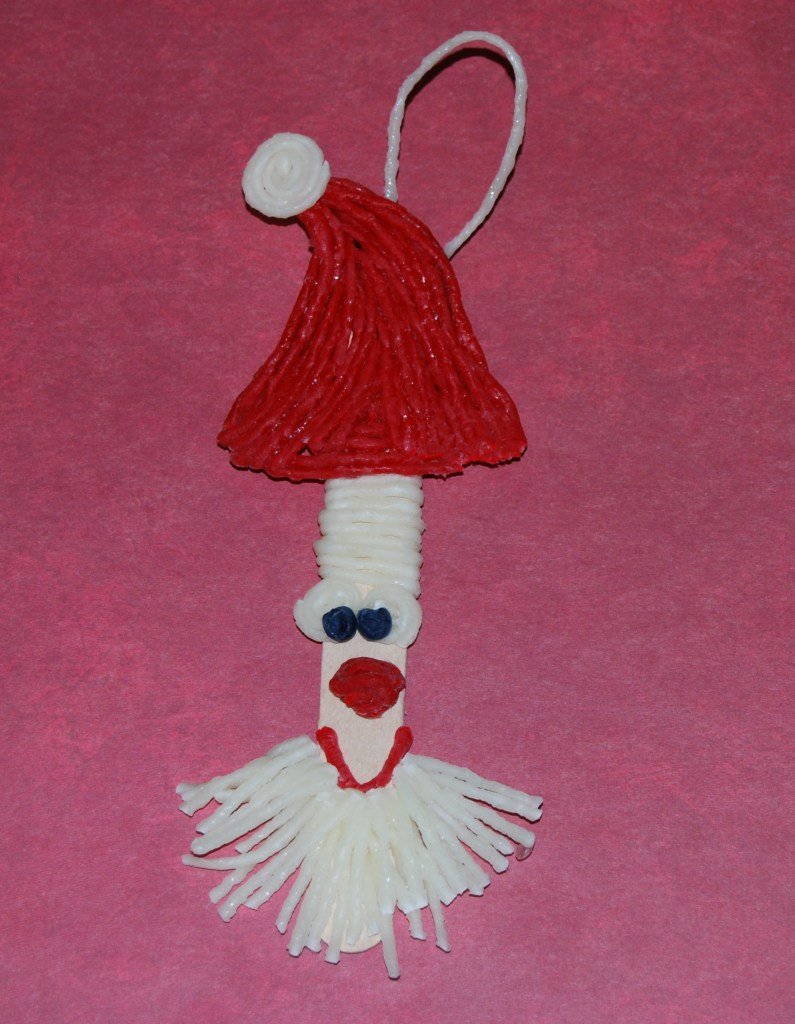 Invite the children to completely wrap one large craft stick with strands of white Wikki Stix.

Santa’s eyes are made from two Wikki Stix spirals with smaller cut blue pieces for the center. To make the nose, invite the children to wrap red Wikki Stix into a ball or small spiral. Press the created features on the craft stick; no glue is necessary as the Wikki Stix will adhere to the covered stick.

To make the mouth and beard: Have the children cut a small piece of red Wikki Stix to form Santa’s mouth on the craft stick. The beard is made of various cut lengths of the white Wikki Stix.

All of the Wikki Stix pieces will adhere to the craft stick when pressed firmly in place. An ornament hanger can be made from one Wikki Stix (folded in half and opened at the top to form a loop).

We hope your children enjoy creating (and learning) with the Wikki Stix Santa Crafts. The Santas make wonderful decorations on gifts, displays for home or in the classroom, ornaments for the tree, and gifts to family and friends this Christmas!

Frozen-inspired Build a Snowman Crafts and Treat Bags for Kids