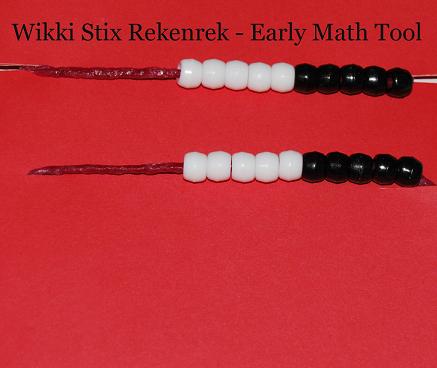 Many parents (and some teachers) want to move quickly beyond the numbers 1-20. Young children need many opportunities and invitations to play and practice with the numbers 1-20 to successfully grasp present and future math concepts. When young children understand that the numbers 5 and 10 are anchor numbers, math becomes meaningful.
The original Rekenrek used white and red beads (5 of each color in 2 separate rows) to help children visualize sets of 5. The goal is to enhance subitizing skills (the ability to instantly recognize small groups of items) by visually scanning and manipulating the colored beads on the Rekenrek. As the children gain confidence in working with the Rekenrek, number sense and awareness will grow!

To make a Rekenrek:

Materials needed: Cardstock (or index cards), scissors, two strands of Wikki Stix, and 20 pony beads (10 each of 2 contrasting colors).
Wikki Stix provides the perfect material for creating your own Rekenrek at home or in the classroom. Pony beads fit easily on each strand and the Wikki Stix will adhere to the cardstock without the need for glue or tape. 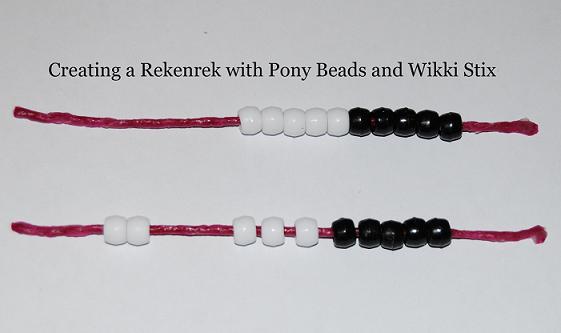 Invite the children to create by placing all supplies on a tray or at a table. Ask the children to count out 5 beads of each color and place them onto one strand of Wikki Stix (this will make the first “10 bar” of the Rekenrek). The children should then make another “10 bar” in the same manner for the second row of 10 beads.

Assist the children in cutting 2 slots on each side of an index card. The ends of the two Wikki Stix bead bars can be fitted through the slots and tucked behind the card (see photo above). 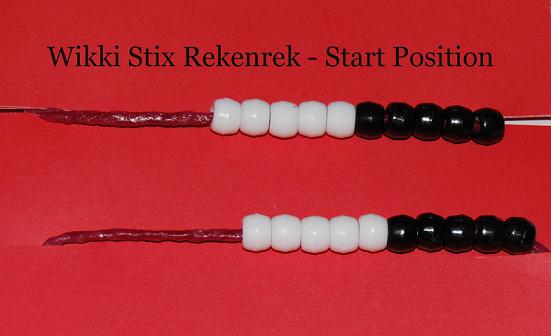 Practice with the same mental image of 10 beads. Ask the children to count 10 beads in their mind. The children should then move all TEN beads to the left with just ONE move. 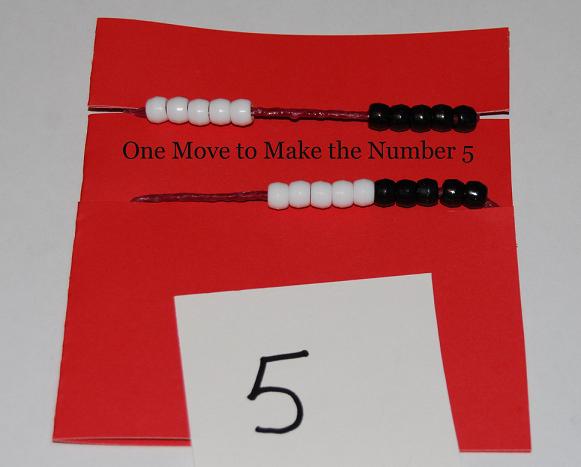 As the children gain confidence in manipulating the beads in the first row of ten, add number cards (1-10) for independent practice. On 10 index cards, write the numbers 1-10. The children should turn one card over and move the corresponding number of pony beads to the LEFT side of the Wikki Stix strand (encourage the children to move the beads in one motion). 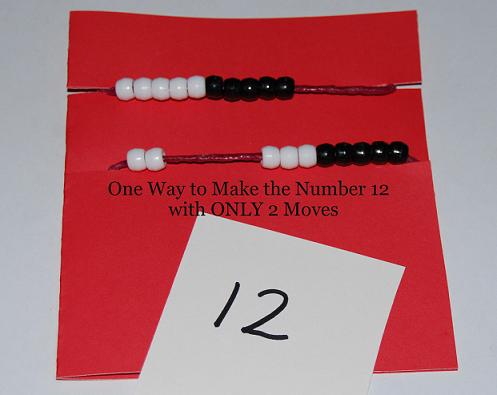 When the children are able to manipulate the numbers 1-10 on the first row of the Rekenrek well, the numbers 11-20 can be introduced. Again, ask the children to visualize the first row of 10 beads and ADD ON to make a higher number. Invite the children to practice moving 10 beads PLUS additional beads on the bottom row to make the larger number (see photo above). The children should create the larger numbers with TWO moves instead of one (one move to position the top row of beads on the Rekenrek, the second move to position the beads on the bottom row). 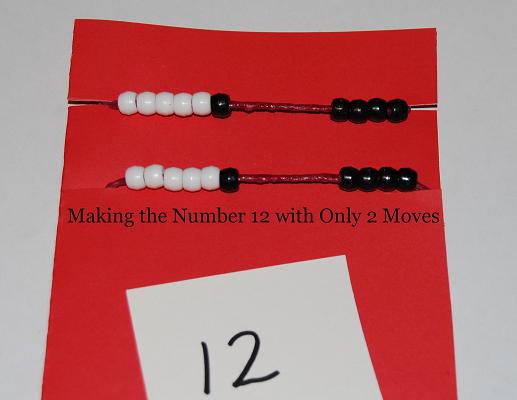 As number sense and subitizing skills develop, the children will begin to play with (and recognize) various ways to create number combinations with the Rekenrek. The number 12, is also composed of doubles (6+6) as show in the photo above. What other ways could the children create the number 12?

FOR OLDER CHILDREN:
By creating additional Wikki Stix 10 bead bars, the children can work with numbers up to 100 (or higher).

The Wikki Stix created Rekenreks can be used to help visualize story problems for basic addition or subtraction. The Wikki Stix bars can also be placed inside a math journal as documentation of learning.

While knowing how to count up in sequential order is important for children, counting up (one by one) and knowledge of the counting sequence does not mean that a child has a real relationship with numbers. By creating, practicing, and learning with the Wikki Stix Rekenreks, children will develop intuitive math skills that will enhance present and future learning!