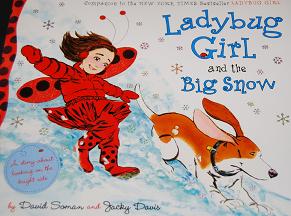 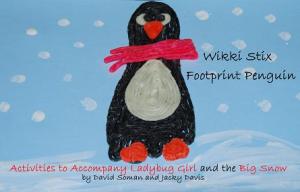 If desired, the children can create a scarf or hat for the Penguin Craft from other colors of Wikki Stix. The children can also make background snow for their craft by brushing white paint dots onto the mounting paper.

The Penguin Crafts make adorable winter displays at home or in the classroom! 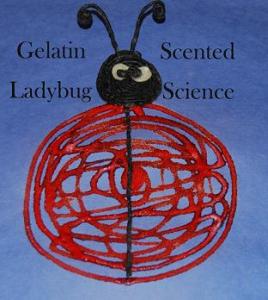 Materials needed: Liquid Glue, 2 flavors of gelatin (orange and cherry were used in the photo above), Black and White Wikki Stix, and Mounting Paper. 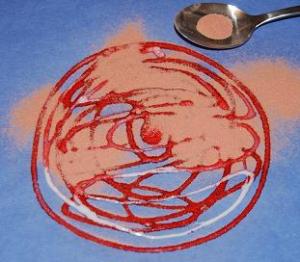 The sense of smell is powerful for children! Developing tactile and olfactory awareness through sensory crafts is not only fun play for kids, but it creates great opportunities for learning!

We hope your children will enjoy reading “The Ladybug and the Big Snow” by David Soman and Jacky Davis. By extending readings with learning and play, parents and teachers can help their children develop of love of reading that will last long after the activities are finished!