With the arrival of Despicable ME 3 in the theaters this summer, kids are once again enthralled with the little yellow Minions. Creating an adorable and mischievous Minion craft stick puppet is a breeze with Wikki Stix. Invite all the Minion-lovers in your own household to create their favorite Minion character with just two simple supplies and Wikki Stix. 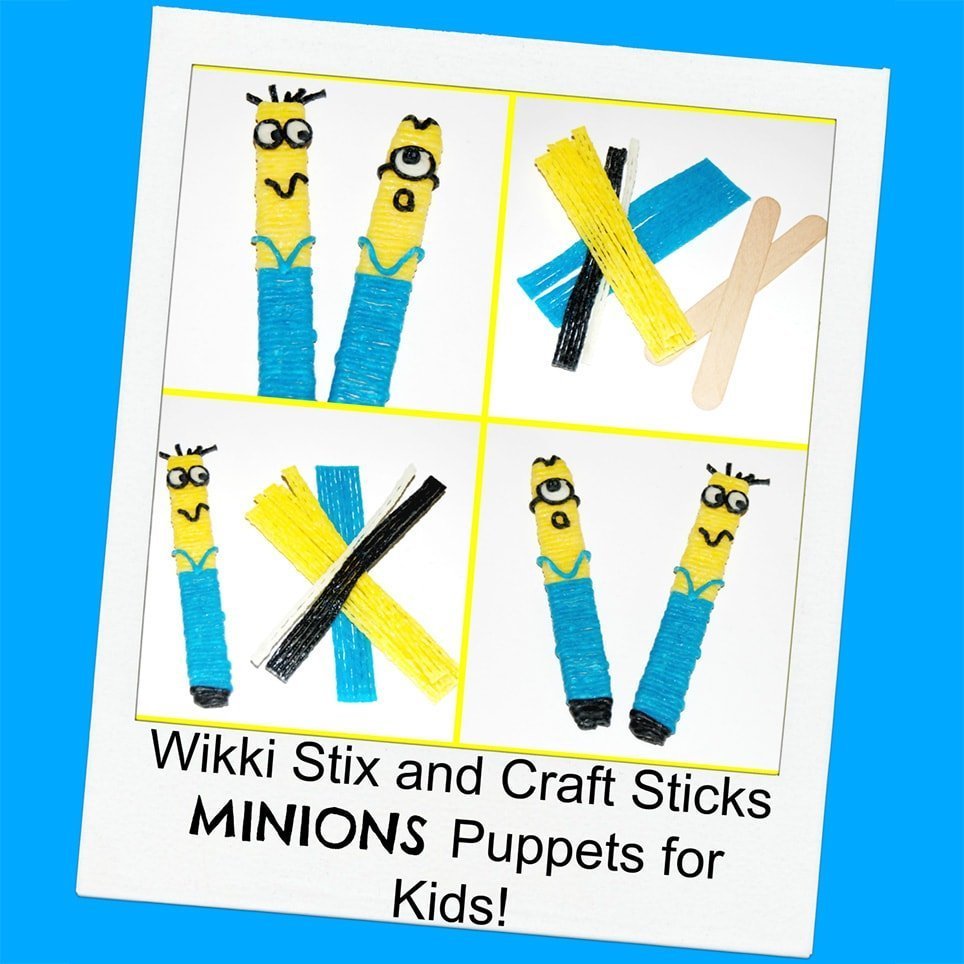 Parents, teachers, grandparents, and caregivers are going to LOVE how simple these Minion puppets are to create. With Wikki Stix, there is no paint to dry, no glue mess, and no tiny plastic button eyes to lose.

Set out the colors of Wikki Stix, large craft sticks, and scissors on the table as an invitation for kids to create the Minion puppet crafts. Kids should wrap the entire craft stick with black, light blue, and yellow Wikki Stix as given below:

Invite kids to make several of the WIkki Stix craft stick Minion crafts to trade with friends or to design their own pretend play scenes. The Minion puppet crafts are simple and fun creations for play-dates or birthday parties, too. To create individual treat or craft bags for kids, place one of the large craft sticks and 5 Wikki Stix of each color (yellow, black, light blue, and white) inside of any cellophane or plastic bag and twist-tie closed with an additional Wikki Stix. Make a Wikki Stix Minion puppet bag for every child and set out scissors for an afternoon of creative fun with Wikki Stix. Kids will love creating their own fine motor Minion puppet crafts for pretend play with friends! 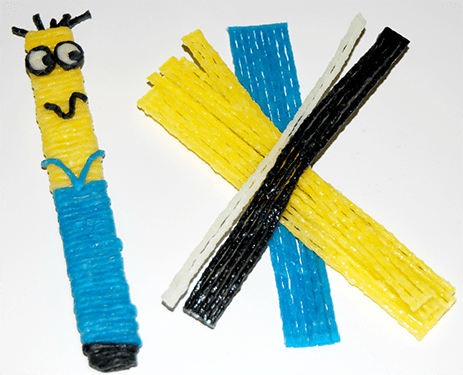 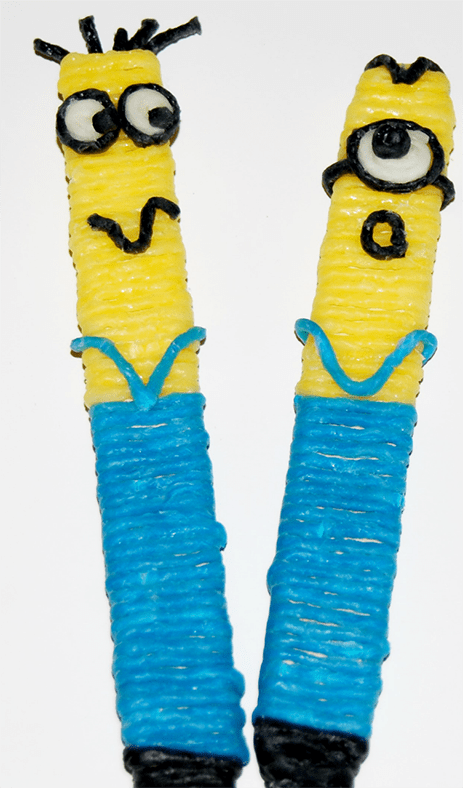