More Than, Less Than, or Equal To 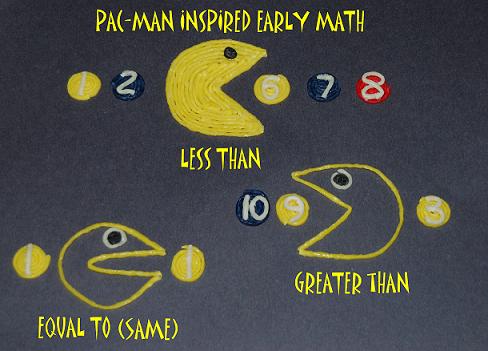 Download the Inspired PacMan Early Math PDF File Here
As young children become proficient in subitizing (the ability to intuitively know HOW MANY objects are in a small group) and become familiar with basic numbers and counting, we can expand early math investigations and begin to introduce the concepts of: Greater Than, Less Than, and Equal To.

To add an element of fun to learning math, the Pac-Man inspired Wikki Stix creations are sure to be a hit with your kids! 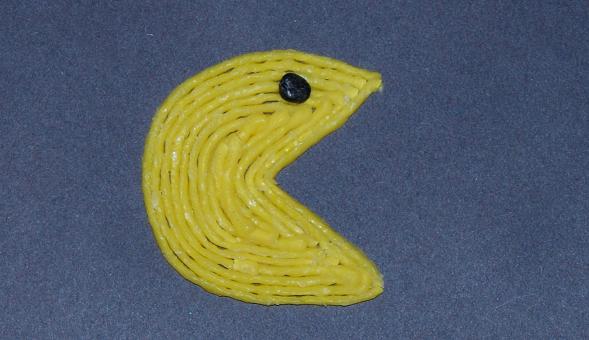 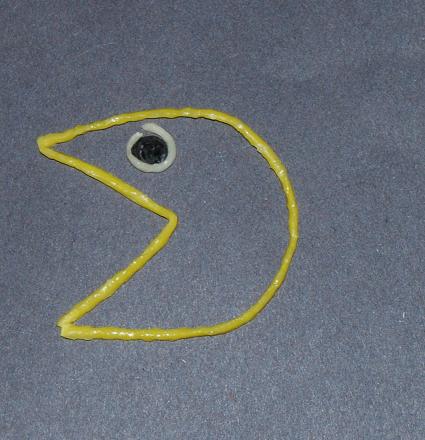 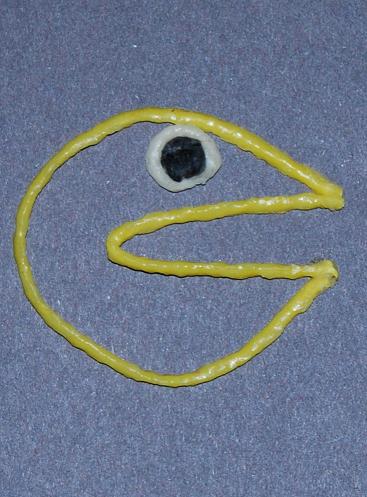 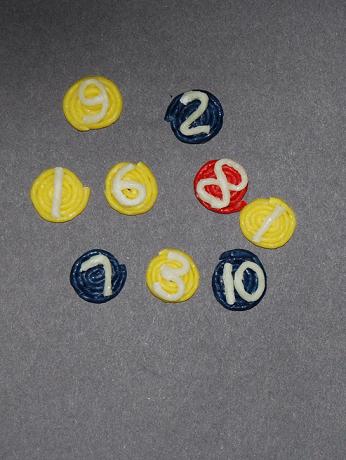 When the Pac-Man inspired Wikki Stix characters are created, tell the children that Pac-Man’s mouth will always open to EAT the larger number. If desired, Wikki Stix spirals (one Wikki Stix wrapped around itself into a spiral) with numbers can be created for hands-on practice with less than or greater than (as in the photo above). Remind the children that when the numbers are the SAME, Pac-Man’s mouth closes slightly to make the = symbol.

Extension Activity for Older Children: Add a craft stick to each of the characters. The Wikki Stix will adhere to the craft sticks without glue or tape. The children can use the stick puppets to create stories with math problems and put on a puppet show for their peers. 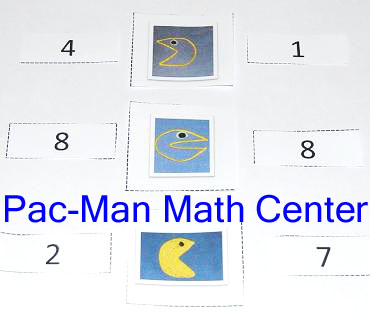 The printable Pac-Man math file can be used in several ways to encourage extended practice with greater than, less than, or equal to:

Note: the second page of the file is intentionally left blank to write in additional numbers the children may be working on or have had introduced.