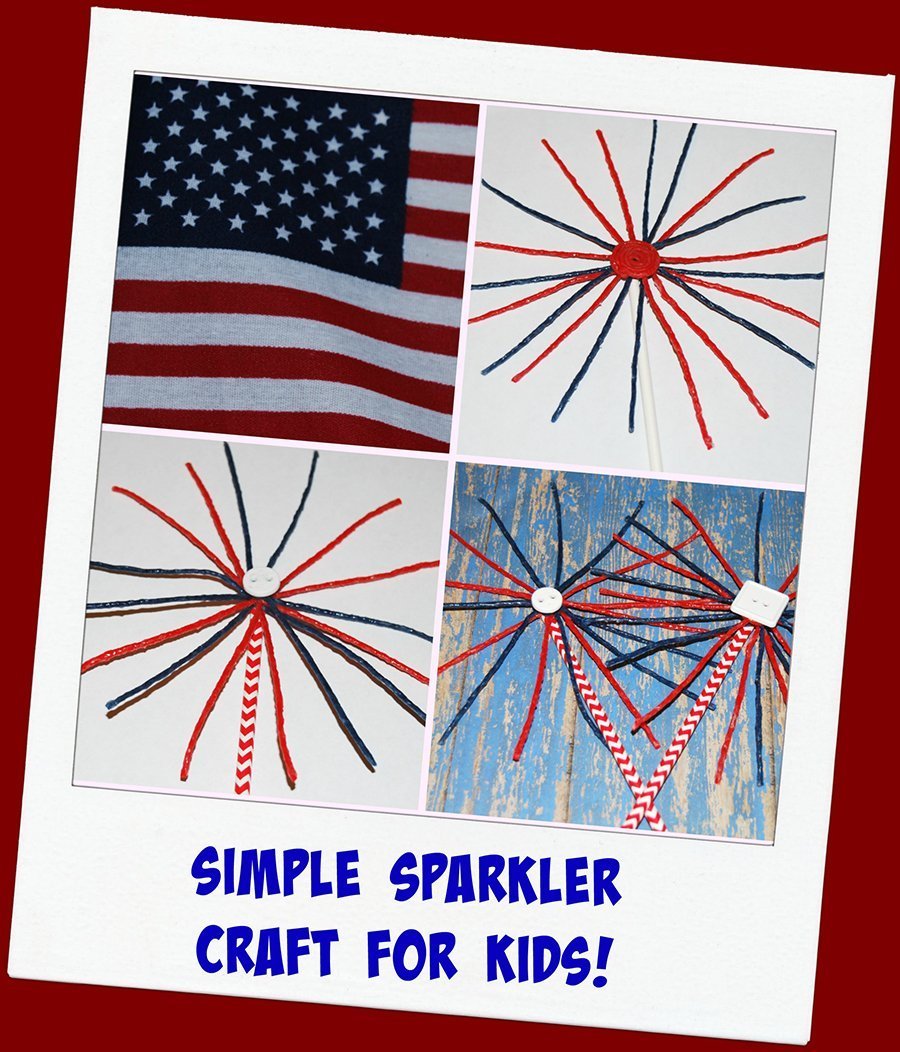 As families begin preparations for the 4th of July, parents should be cautious and supervise children who are allowed to use fireworks closely. Traditional sparklers used by many children can reach temperatures of 2000 degrees Fahrenheit and burn as hot as a blow torch! According to the CSPS, parents should be aware of the risks to avoid unnecessary injuries associated with the use of sparklers on the 4th of July. Instead of taking traditional sparklers to fireworks displays, invite kids to create Wikki Stix sparkler crafts for a safe and FUN holiday! 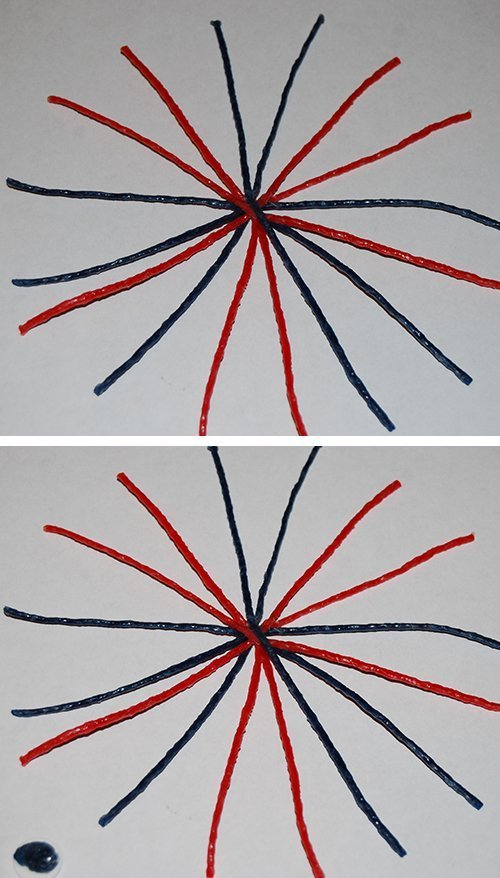 Have the kids arrange all of the red and blue Wikki Stix in a sunburst arrangement as in the photo as shown.

After making the sunburst arrangement with the Wikki Stix, have the kids cut a small piece of Wikki Stix and place it on the backside of the button (see lower left of the photo).

Place the button in the center of the sunburst and firmly press the entire craft onto a paper straw or a cake pop stick to create the sparkler. If desired, ribbons or paper streamers can be tied to the straw or cake pop stick.

The Wikki Stix sparkler crafts not only make a FUN holiday craft for kids to create, but they are a great alternative to traditional sparklers over the 4th of July! 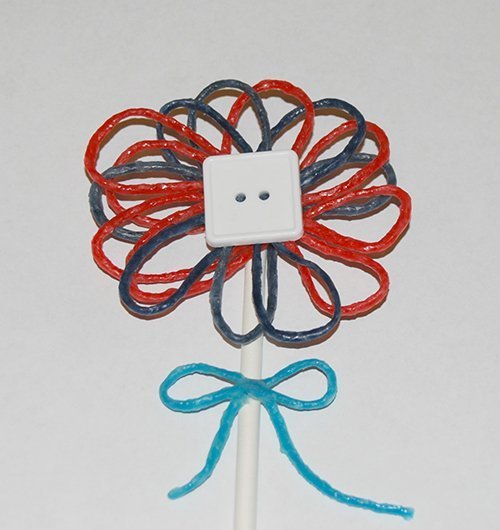 Wikki Stix offers the Wikki Stix Traveler that contains 144 Primary and Neon Colored Wikki Stix, an activity booklet, and its own red portable case. Take along the supplies for the Wikki Stix Sparkler and Flower crafts and invite the children to create the crafts on top of the red case. It’s a great activity to keep kids busy while they wait for holiday festivities to begin!

Wikki Stix Patriotic Activities for Kids on the 4th of July